The sudden negative space on the Supreme Court makes it abundantly obvious, if it wasn't already, that THEY (I assume you are aware of the Dark Riders flooding out of Barad-dûr to whom I allude) can't be allowed to win, no matter how many utopian notions or revolutionary aspirations might thereby have to be put into temporary if not permanent abeyance. 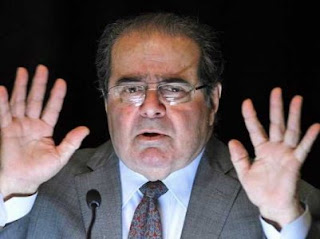 Having said that, I was fascinated to find, the other day, re the death of Antonin Scalia, which death I find myself unable to sincerely mourn, in the same way that I have never found his much vaunted prose worth much vaunting, that he grew up in Queens, as I did in Brooklyn, and that, according to a NY Times piece, he felt he had "misspent" his youth in large part by devoting it to stickball.

I played the same game. Broomstick handles as bats, spaldeens, as Spaldings were known in Brooklyn, Queens and probably the Bronx, as balls.

Spaldeens were the lively rubber balls that could be deployed for punch, stick, stoop, or handball, and even for what was known, for whatever reason, as Chinese handball. (I can tell you the rules but not why it was called "Chinese." Similarly, I do remember that one kind of shot in handball was known as a "Hindu" but not exactly why.)

Spaldeens would wear out eventually, lose their fresh bouncy sheen, their surface tension, and you'd have to go and spend a quarter for a new one. (Or you could go cheap and spend a dime, I think it was, for an egg ball, a floppier, squishier version of the spaldeen, which lent a certain sort of unpredictability to the usual games.) 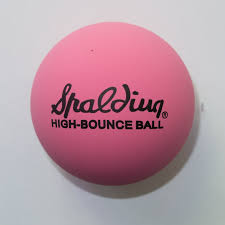 That's interesting, as Scalia's supposedly original "Originalist" reading of the Constitution is not, since it boils down to the kind of hardcore Catholic he was, reading a secular document as if were Holy Writ, where what was true once — think St. Paul, not Jefferson — remains true throughout.

But enough about that.

Were Scalia around, and both of us on the same court, law or handball, I’d ask only how stickball in Queens differed from stickball in Brooklyn.