i am not among those who resent lebron james for having left cleveland behind. he wanted to play for a championship caliber team — hence miami. michael jordan served notice to the chicago front office that they had better get him some support, or else. and so they did (pippen, grant — enough for six championships). magic johnson, similarly, made it clear he would not settle for the half court offense which was the game plan of paul westhead, the laker coach when magic broke in. westhead was soon history. this guy named pat riley came in to orchestrate the running game magic wanted. 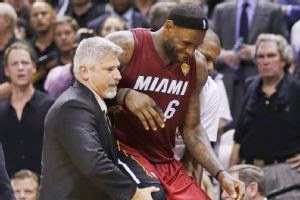 the greats will have their say.

getting back to lebron: i don't resent him for leaving cleveland. i don't wish him ill or injury. on the other hand, i won't deny that i found it satisfying to see him limp off the court in the spurs rout of the heat the other night.

i'd never seen james hurt. i've seen a lot of great athletes deal with injury. now that we know he's human, let's see how he does.

further, about that game? how soon they forget.

in one of the 1980 championship contests between the celts and the lakers, it got very hot in boston garden, near 100 degrees and humid.

someone asked tommy heinshohn, the announcer, what the garden did to cool things off. he growled: the ushers go the exits. and they blow!

magic was sucking down oxygen through a facemask on the bench at the time.

i like it when football is played with the snow falling. i like it when it gets so hot and humid the celts win because the lakers are having trouble breathing. 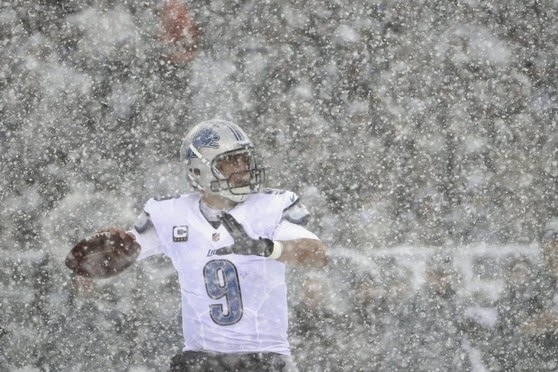 some of the spurs key players — manu ginobli, tony parker — grew up playing basketball without benefit of air conditioning. lack of ac did not bother them in the game with the heat. it bothered the hell out of the heat.