For those awaiting exciting news about the conclusion to the second game between Viswanathan (Vishy for short) Anand and Magnus Carlsen in their twelve game World Championship chess match, let me break it to you; there isn't any. Game 1, let us recall, ended in a draw by repetition after just sixteen moves. Game 2 petered out the same way: draw by repetition, this time after 25 moves. Yeah: repetition of draw by repetition.


There are a lot of ways to draw in chess —stalemate, agreement between the players when neither sees a chance to win (probably most common), and some technical stuff it takes a computer to referee. But repetition? It happens, it's legit. But two times in a row to start off a World Championship match? Bet that's never happened before. Bet that's a world record. 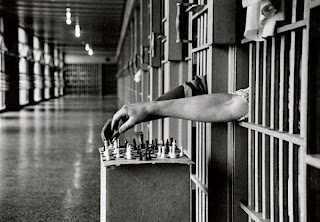 When Bobby Fischer beat Boris Spassky in 1972 (making chess wildly popular in the West), there were draws — there are always draws in high level chess — but none by repetition. When Kasparov lost to Deep Blue in 1997 (making chess wildly popular among robots and microprocessors), there were draws, but yet again, none by repetition.

Of course, who am I to kibitz the likes of Anand and Carlsen? Who am I to even to think about what they might have been thinking? I am not even a patzer (which is a nasty subterranean chess rank) and maybe not even a certified under-patzer.

But I can switch sports, if I please, for purposes of comparison: I can for the heck of it entertain the thought of Michael Jordan v. Lebron James one on one, and I can opine that if after some three hours of playing there were no dunks, no three-pointers — nary a damn hoop at all — that would be weird, wouldn't it? People might forget who Jordan and James are. They might, for example, switch to the superstars of badminton. 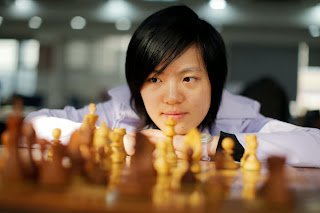 Let it be said that game 2 started off adventurously. Anand, playing white, moved up his king's pawn (e4). This elicited wild applause from onlookers in Chennai. Anand always, when playing white, advances his queen's pawn. (It takes very little, tiny things, to trigger wild excitement among chess cognoscenti.) Carlsen responded just as unexpectedly, with the Caro-Kann Defense (c6). Carlsen never resorts to the Caro-Kann. Carlsen and Anand were therefore both in deep waters, out to spook each other. Until at the first hint of danger they dog paddled fast as they could back to the shore.