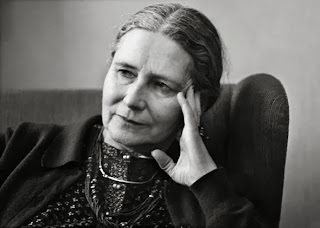 Lessing got the Nobel Prize for literature belatedly, at age 88 — the details of why it took the Nobel Committee so long to arrive at such foregone conclusion are irretrievably buried in shameful Nobel murk and miasma — only to scoff at it, saying in would just get in the way of her writing anything again, which, so far as we know, it did.

She was one of the finest writers about the entanglement of leftwing intellectuals with Communism, on a level, perhaps, with Sartre and Milosc, and better than Sartre.

She wrote splendidly about ageing — none better. Though aging is now a literary theme, she wrote about it without pathologizing it. She didn't require labels like Parkinsons, or Alzheimer’s or Dementia to take it on, not that such descriptors are invalid, hardly, but to say she saw the process and its sorrows and losses, however described and treated, as unavoidable functions of mortality.

There are writers who are supremely gifted at transmuting and expressing the vectors of time, place — history — in their fiction, Phillip Roth and E. L. Doctorow being two who spring easily to mind, perhaps Hillary Mantel, though I haven't had the pleasure, as well. Lessing did that and more: when historical space and time felt confining, she availed herself of the modalities of science/speculative fiction to include geological eras, pre- and trans-historical time. Doris Lessing used climate change as backdrop to humanity in several of her books, the kinds of books the likes of Gore Vidal dripped scorn on for having violated the strictures of literary fiction as he conceived it. 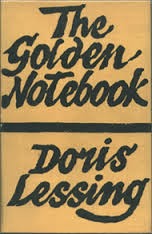 Then there are those who say she was unpolished as a stylist. They are basing that assessment on "The Golden Notebooks", in which unpolished expression was her style of choice. These particular literary prigs miss the fact that she could write in other ways, and that "Love Again", for example, is a work of exquisite lyricism.

Lessing baffled categories and critics, except for those, like me, who were marked by her and knew her for the bold and extraordinary writer and creature that she was.

I had the pleasure of interviewing Doris Lessing twice. In my first encounter, in the flesh, I tried to scare her just a bit, and just for fun, succeeded, briefly.