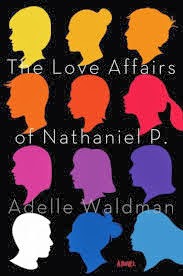 Brooklyn is hardly virgin territory for novels or short stories; if anything, the borough bristles with fiction. There is, of course, Betty Smith’s A Tree Grows in Brooklyn (1943), and The Williamsburg Trilogy (1961), by Daniel Fuchs. More recently, we have Colm Tóibín’s Brooklyn (2009), which portrays the borough as a port of call for an immigrant who instead of taking the chartered path to life in America, however arduous, opts to go back home to Ireland. Norman Mailer made Brooklyn part of his domestic and, in 1951′s Barbary Shore (admittedly not his most memorable work) literary domain. The stories collected in Sam Lipsyte’s The Fun Parts (2013), devise a lingo for the subcultures that have sprung up in the chic, hothouse corners of the borough. Thomas Wolfe’s story Only The Dead Know Brooklyn (1925), makes a bold claim that is false on the face of it, since it’s clear that Jonathan Lethem knows a few things about the place, as he showed in Motherless Brooklyn (1999), Fortress of Solitude (2003), and glancingly, in Dissident Gardens (2013), which, strictly speaking, focuses more on Queens.

All this is by way of saying that as Brooklyn fictions go, Adelle Waldman’s novel The Love Affairs of Nathaniel P. is a breed apart. In some ways, Waldman is more inspired by nineteenth-century London and environs than by twenty-first century New York City. It might seem flip, but is not entirely misleading to describe her novel as a yarn about the characters in Friends coming back with degrees in literature and jobs in publishing. They even meet up with Jane Austen in Prospect Park and the diners of Park Slope. 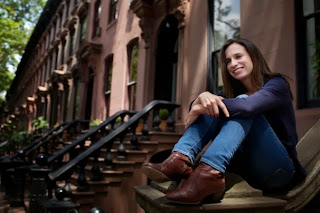 Waldman has made no secret of her debt to Austen. In an essay for Slate.com (“I Read Everything Jane Austen Wrote, Several Times”), she tells us that what she prizes about the author is that her characters are “animated. . . by a sense of moral urgency,” and that Austen, “zeroes in, showing us who and what is admirable, who is flawed but forgivable, who is risible and who is truly vile.” Waldman has praised Jonathan Franzen’s novel Freedom on similar grounds, preferring it to Phillip Roth’s Goodbye, Columbus because it “is more humane, its authorial sympathies distributed more justly among its characters.”

The moral urgency and the humane distribution of authorial sympathy are evident everywhere in The Love Affair of Nathaniel P. They give the novel its distinctive timbre and suspense, though not everything discussed and scrutinized in Austenesque detail would get a hearing in nineteenth-century literary fiction — certainly not the less than perfectly satisfying blow job Nathaniel P. receives from his lover Hannah, which sends their relationship into the final stages of its tailspin.

Nate, the book’s main character, is enjoying his first success as a writer, having sold a soon-to-be-published novel, which gives him considerable cachet in the demographic of which he is a part, a milieu of aspiring writers and artists that “had expanded dramatically in a widening web of faux-dives and mysteriously hip restaurants.” When he runs into Francesca, for example, a “prettyish, stylish writer,” he now gets a warm hug, rather than the distant nod of recognition which would have been his lot back when he merely freelanced and proofread to stay afloat.

But Nate’s cachet has limits. At a Manhattan party, he runs into a high school friend from Baltimore, now employed in investment banking. What his success means to her comes down to, “she’d heard Brooklyn had gotten really nice.”

Nate is the moral focal point for this new, really nice Brooklyn; he’s Austen, channeled through Waldman into a Brooklyn literary scene. Nate’s moral urgencies beset him on the subway when, after the whites get off, the only ones left, so far as he can see, are the “overworked, underpaid” blacks. They beset him when he goes to Whole Foods, which he believes rewards shoppers, above and beyond the quality of produce, with “the privilege of feeling ethically pure.”

Ethical qualms beset and afflict him most of all when it comes to sex. He craves and enjoys it, but is rarely spared intense doubts about his sexuality. “If only,” he reflects, “like those cock-swinging writers of the last century — Mailer, Roth, et al — he could see the satisfaction of his sexual desire as a triumph of spirit, the vital and needful assertion of a giant, powerful virility whose essence was intellectual as well as erotic.” But such unreserved satisfactions belong to a bygone heroic generation; when he, Nate P. “squirt[s] his stuff” he hears and must contest with: “The dreary voice of Kant” — Kant, no less, being categorically imperative about ejaculation in Park Slope! — which insists he belabor the question of how and in what way it was good for her, too, morally, even if she enjoyed it.
Adelle Waldman — In this book, she is more inspired by nineteenth-century London and environs than by twenty-first century New York City.

When Hannah gives Nate that less than perfect blowjob, she notices his lack of pure satisfaction, and wants to know how she could have performed better. “Hannah’s expression was meek and almost beatific in a kind of nervous desire to please.” This submissiveness doesn’t endear her to him; if anything it brings out Nate’s cruel streak. Nor, on the other hand, does Nate have it in him to advise Hannah on how to properly “suck his balls first and to please apply gentler more consistent pressure with her mouth and to go deeper and, simultaneously, to flatten her tongue so it sort of cradled the seam as she moved up and down his shaft.” Etc.

Waldman gives both Nate and Hannah room to move on and mature, find others, and progress in their lives and their careers. Nate, for example, finds contentment with Greer, for whom “writing was a way of monetizing her charisma.” Being with Greer means “ground was ceded, claims granted.” Nate becomes “supportive in certain required ways.” He had sometimes achieved perfect rapport with Hannah, until that gave way to disappointments and recriminations. He doesn’t demand perfect rapport with Greer; he acknowledges differences and values her despite them. The conclusion of the novel shows that Nate has matured.

This is a Brooklyn of rising literary tides, a Brooklyn not even Thomas Wolfe could have imagined his dead imagining. But Waldman imagines it and make it believable and compelling.
. . .
An afterthought: After posting the above it occurred to me how thoroughly and exclusively the novel is concerned with coupling. There is no allowance made in it for those who have chosen to remain single, and no room for gay men and women, single or not. Much as I enjoyed the novel, it might be that Adelle Waldman's devotion to Jane Austen narrowed its scope.