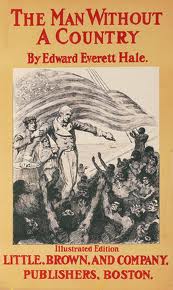 There's more to say about Snowden in Moscow, where "holed up" — as the NY Times put it — in the transit, or in his case, to date, no transit zone of the Moscow airport for weeks, he has reached out for clean clothes and a copy of  Dostoevsky’s "Crime And Punishment."

We should acknowledge the second part of this request for what it is, namely, given the source, a surprise endorsement of the power of literature.


Snowden is a high geek, a master of hack and crack, a lord of Big Data. He is caught, geopolitically, somewhere between Putin and Obama, with other world leaders ringed around,  and at another level, between guilt and innocence. HTML won't help him now, nor will he get guidance form JavaScript, object oriented code or the most efficient search algorithm ever invented. He is beyond the reach of Moore's Law, should it remain in play, and of quantum computing, should it ever really materialize.

It's tempting to joke that Snowden should have asked for "No Exit." And I have hooted at the thought of Snowden trying to wade through "The Brothers Karamazov" with all, or so it seems to me, its outdated and hysterical fuss about religious faith or the lack of it.

Still, I can't but respect his choice of "Crime And Punishment."

Dostoevsky was always concerned with the issue of innocence. In "The Brothers Karamazov", what we might call radical innocence is represented by Alyosha. Dostoevsky's great novel, "The Idiot",  is built around Prince Myshkin, his ultimate figure of radical innocence. This novel is ahead of its time in many ways. It is what we might, now that we have so many works of fiction with characters who are openly or implicitly Tourettic, autistic, or afflicted with dementia, term a neurological tale.

Myshkin, like Dostoevsky himself, is severely epileptic. But can his innocence, his otherness, his existing outside social conventions, be written off on that account? Dostoevsky addresses this question. One character says to Myshkin: "I don't agree — indeed, I feel positively indignant — when someone — oh, whoever it is — calls you an idiot. You're much too intelligent to be called that." 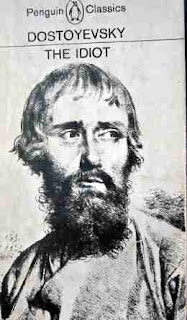 If Snowden remains caught in a transit zone from which there is no transit, he will have time to read many novels — further suggestions are welcome  —ponder many questions, and  perhaps accrue material for a novel of his own.