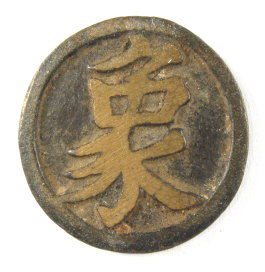 The above piece is an elephant; its movements are related to those of the bishop in western chess.


I played Chinese chess in Harvard Sq. today, fter miraculously finding a parking space directly opposite Holyoke Center, where those who do not talk about much else, and may not be able to, indulge their obsession with chess.

I put out my Xiangqi board, and immediately a young Chinese-American woman came over. She didn't know the game but said why not when I offered to teach her. She didn't know chess either, which made Xiangqi somewhat more difficult to grasp, since it is chess, though she knew the characters that define the pieces, so that, at least, was no problem.


Another young Chinese woman, from the Chinese mainland, visiting father and brother, came over and tried to advise her. This woman told me her name but didn't know you don't tell Americans three syllable four tone Chinese names and expect us to pronounce them.

My Chinese car mechanic, on Prospect St., who I would unhesitatingly recommend to everyone for his unstinting honesty and skill, tells me his name is Mark. Of course it's something far more subtle and, for English speakers,  near unpronounceable. We both know and respect that.

The Chinese woman from the mainland did tell me in halting but serviceable English — far better than my zero mandarin — that her cousin always beat her. He loved Xiangqi. She, on the other hand, was working too hard in high school to apply herself to the game.

I'm not saying I played well but I did emerge better from the clash and confusion of the pieces. 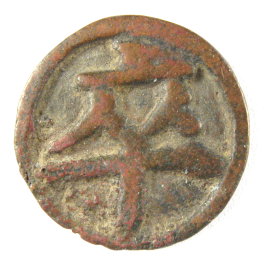 The above piece is a soldier, the Chinese chess version of the pawn.

She — three names, four tones — would like to learn what everybody around us was playing — what we call chess — too.

The opportunities for that, she said, in the town she came from, were, as opposed to Chinese chess, which everyone played, "small."