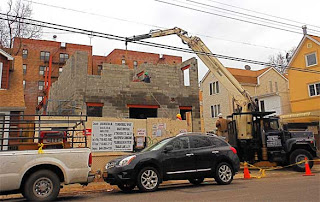 When I first starting going back to Sheepshead Bay Brooklyn, where I grew up, I couldn't fail to notice that in the playground on Bedford Ave., between Avenue X and Avenue Y, people were playing cricket, along with, as per my adolescence, softball.

Extraordinary as it was to see cricket in those precincts, nobody objected. Softball — touch football, handball, stickball and basketball — all got along quite nicely with cricket. Cricket didn't bother the old men playing dominos under the trees on the other side of the chain link fence from the ball field. It did not disturb the parents of increasingly varied ethnicities — Russian, Vietnamese, Chinese, Burmese, Pakistani and plain old Sheepshead Bay Italian/Jewish — who brought their kids to the swings and slides in the adjacent tot playground.

But now the people who play cricket are proposing to build a mosque. That has triggered the sort of conflict cricket didn't. The mosque on Voorhies Ave., in Sheepshead Bay, would be many subway stops and a few transfers from the mosque, proposed to be near Ground Zero, that has generated so much debate. Maybe Brooklynites of certain sorts want their own big-time, Manhattan type, conflict.

I called a man who had been a neighbor to ask what he thought.

He said, softly, it was about parking. 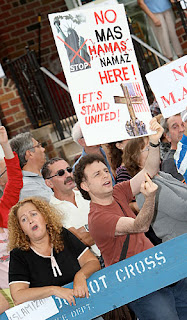 Of course. It's bound to be about parking. What in NYC doesn't boil down to parking?

The courts have removed impediments to the building of the mosque. That doesn't mean an end to conflict.

In places like Sheepshead Bay, Brooklyn returns to its essential function. It's a mouth of NYC and hence of America. It absorbs immigrants. I don't mean immigrants from Manhattan. I'm not talking about artisanal beer, great pork, literary Brooklyn, Boerum Hill, Carroll Gardens, nanny culture, Park Slope. All that cool stuff.

I am talking about cricket and a mosque. 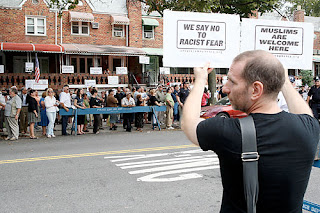