We think of ourselves as fluid, emergent, decentralized, multiplicitous, flexible, ever in process. All of these metaphors travel freely among computer science, psychology, cultural studies, artificial intelligence, literary criticism, molecular biology, management science, and artificial life. They carry a "sense of the times" that manifests itself in one place and then another, here as developmental psychology and there as a style of engineering, here as a description of our bodies and there as template for organizational structure, here as a way to build a computer network and there as a manifesto of political ideals.

HB: How did you happen to discover yucky computer cy-dough-plasm?

Read more >
Posted by Harvey Blume at 5:55 PM No comments:

Oswald was a secret agent. There is no doubt about that. The only matter unsettled is whether he was working for any service larger than the power centers in the privacy of his mind.
From Oswald's Tale: An American Mystery (1995)

HB: It's important to you, in Oswald's Tale, to see Oswald as something more than "a snarling little wife abuser." You write, "If such a non-entity destroyed the leader of the most powerful nation on earth, then a world of disproportion engulfs us, and we live in a universe that is absurd."

Again and again in Oswald's Tale, you equate that absurdity with postmodernism.

Read more >
Posted by Harvey Blume at 1:34 PM No comments:

HB: What struck me most reading the "Journals Mid-Fifties" is the theme of love. You discuss it on a cosmic spiritual level, but also in terms of a masochism and submissiveness you wrestle with constantly.

AG: I hadn't thought of it as masochism but I guess it's so.

HB: You use the word a lot.

Read more >
Posted by Harvey Blume at 1:17 PM No comments:

. . . the charismatic relationship Afro-Americans have to this society can be as irresponsibly decadent as it can be high-minded, joyous, soberly critical, and cautionary. We have as much responsibility for the health of our democracy as anyone else.

HB: You use jazz as a metaphor for democracy in "The Skin Game."

SC: It seems to me to be an aesthetic realization of the checks and balances system, and the idea of individual contribution to mass reality. In a jazz band, you'll often have the same thing happen that happens when a person wants to convince other people that his or her policy idea should be embraced. The great bassist Ron Carter said that in a band whoever is playing the strongest idea will convince everybody else to come his way. In a sense it reflects the democratic process.

The constitutional structure is based on periodically reinterpreting the relationship that the people have to the government, to the laws, to the business sector. In a jazz band, we know the songs -- "My Funny Valentine," "Stella by Starlight," etc. -- but they are remade by improvisations improvisations. Improvisation allows you to reconsider the way you've approached something before, to see it over and over.

Read more >
Posted by Harvey Blume at 4:30 PM No comments:

Interview: The Casebook of Oliver Sacks

The Casebook Of Oliver Sacks
The Boston Book Review

We are in strange waters here, where all the usual considerations may be reversed -- where illness may be wellness, and normality illness, where excitement may be either bondage or release . . . It is the very realm of Cupid and Dionysus.
"The Man Who Mistook His Wife for a Hat"

OS: People ask, are you still a doctor, do you still see patients, or are you just a writer? As you just saw for yourself [when a man in a wheelchair left Oliver Sacks's hotel room] I see patients. It is my life and I never want to stop.

HB: In "A Leg to Stand On," you write, "If my attention is engaged, I cannot disengage it . . . It makes me an investigator. It makes me an obsessional. It makes me, in this case, an explorer of the abyss . . . "

OS: I feel very distracted much of the time, darting from one thing to another but I think there is some sort of consistency or tenacity to it.

Madame Blavatsky’s Baboon: A History of the Mystics, Mediums, and Misfits Who Brought Spiritualism to America by Peter Washington (Schocken Books, NY, 1995, 480 pages $27.50)
1848 was a special year. In Europe, revolutions were breaking out. In the United States spirits were breaking through. In 1848, using the adolescent Fox sisters as vehicles, the Devil — referred to as Splitfoot by the girls — and the dead tapped out messages in Hydesville, New York. The news from beyond was good: death was change rather than cessation. Better yet, the dead lived on in an atmosphere free of fire and brimstone, Splitfoot having run out of hot stuff, or the will to use it, long ago.

Read more >
Posted by Harvey Blume at 5:01 PM No comments:

HB: The first I knew of your work was the piece you did for Harper's with Neil Postman on media.

HB: In which you manage to link together Santeria and Mt. Sinai in a single paragraph.

CP: Right. The libel is abroad that Paglia got to be famous because she attacks women. In point of fact one of the reasons I got famous is because of that story simultaneous with a New York Magazine cover story. Feminism is hardly mentioned in the Harper's piece, which was about contemporary culture, completely devoid of the sex wars.
Read more >
Posted by Harvey Blume at 4:12 PM No comments:

Snakes mattered. The smell of water, the hum of a bee, the directional bend of a plant stalk mattered. The naturalist’s trance was adaptive: the glimpse of one small animal hidden in the grass could make the difference between eating and going hungry in the evening.
Edward O. Wilson, Biophilia

HB: You have built a career as a scientist but at least your more recent books have brought you considerable recognition as a writer, and it’s been a pleasure to read and get to know your work.

EW: Thank you. Since the age of seventeen I’ve been serious about entomology and doing research. For nearly fifty years the center of my life was science. Gradually, because of my taste for synthesis and an ability to write smoothly, I find myself moving into the literary realm and look on it as an important activity for the future.
Read more >
Posted by Harvey Blume at 7:12 PM No comments: 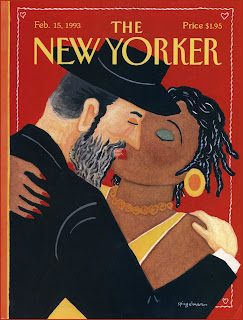 HB: One of the hot items in art today is the integration of text and image. But as becomes obvious in "Drawn to Text: Comix Artists as Book Illustrators", a show you curated in New York City, comic book artists have been doing it for a long time. R. Crumb does it marvelously, for example, in his rendition of Kafka's "The Hunger Artist."

AS: The Crumb piece is the most like a regular comic as opposed to an illustrated book. It's almost as if he goes directly to the narrative, rather than to the words that made up that narrative. All of the other pieces in that show use the language of the original narrative.

How to interweave with the text was one of my main aesthetic problems in "The Wild Party." I chose to over-illustrate. By over-illustrating, you acknowledge the presence of pictures as a kind of jazz riff moving around the central melody. Over-illustration took the form, for instance, of supplying blueprints. If you have the words, "studio, bedroom, bath, kitchenette" you've got it all. Showing it as well, giving it visual form in a blueprint, doesn't take anything away from the text, it runs parallel to it.

The other example is, "He gave her wrist a twist," and there's an picture of a hand with an arrow showing which direction he's twisting her wrist. Over-illustrating allowed me to function as a commentator, and also as a kind of improviser moving around and through the text, decorating a book and allowing you to have that book. This is a book that wouldn't have been published if I hadn't wanted to draw it.

Read more >
Posted by Harvey Blume at 5:12 PM No comments: